On 29 July 1848, O’Brien and other Young Irelanders led landlords and tenants in a rising in three counties, with an almost bloodless battle against police at Ballingarry, County Tipperary. In O’Brien’s subsequent trial, the jury found him guilty of high treason. He was sentenced to be hanged, drawn, and quartered. Petitions for clemency were signed by 70,000 people in Ireland and 10,000 people in England. In Dublin on 5 June 1849, the sentences of O’Brien and other members of the Irish Confederation were commuted to transportation for life to Van Diemen’s Land (Tasmania in present-day Australia). O’Brien attempted to escape from Maria Island off Tasmania, but was betrayed by Ellis, captain of the schooner hired for the escape. He was sent to Port Arthur where he met up with John Mitchel, who had been transported before the rebellion. The cottages which O’Brien lived in on Maria Island and Port Arthur have been preserved in their 19th century state as memorials. Having emigrated to the United States, Ellis was tried by another Young Irelanders leader, Terence MacManus, at a lynch court in San Francisco for the betrayal of O’Brien. He was freed for lack of evidence. In 1854, after five years in Tasmania, O’Brien was released on the condition he never return to Ireland. He settled in Brussels. In May 1856, he was granted an unconditional pardon and returned to Ireland that July. He contributed to the Nation newspaper, but played no further part in politics. In 1864 he visited England and Wales, with the view of rallying his failing health, but no improvement took place, and he died at Bangor, in Wales on 16 June 1864. (Source: Wikipedia).

Report of Mr Justice Cramton`s Charge to the Grand Jury and the Summings up of the Lord Chief Justice in The Queen vs O`Brien  and The Queen vs Meagher Queens Bench April and May 1848, By George Hodges. Published by Alexander Thom Abbey st Dublin 1848.

A Compendium of the Vetinary Art., by Spooner W. C. / White James 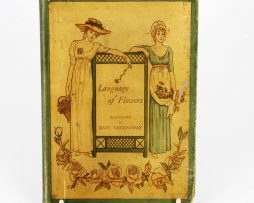 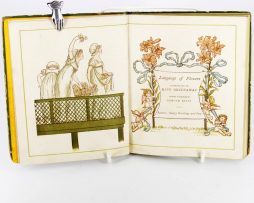 Lanquage of Flowers, by Kate Greenaway

She Stoops to Conquer, by Oliver Goldsmith. 4967

The Attac and Defence, of fortified Places in three parts. (4976) 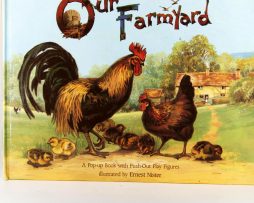 Our Farmyard., by Ernest Nister

The avenged Bride, A Tale of the Glens in four cantos. With notes,historical and descriptive of the northern coast of the county of Antrim. 4971